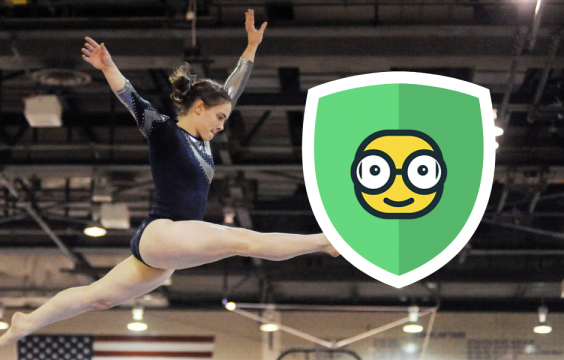 Every parent hopes to protect their children from danger while creating opportunities for them to succeed in life. That is exactly what the parents of hundreds of young girls did over the last few decades by involving them in the top level of competitive gymnastics in the country, USA Gymnastics.

What these parents didn’t know? They were handing their children over to a sexual predator, Dr. Larry Nassar, who held a position of trust within the organization as team doctor to the U.S.’ Women’s National Gymnastics Team. Nassar’s crimes are enough to make any parent’s blood run cold, but it’s essential that Moms and Dads take away the most important lesson of all—how schools, clubs, and organizations use the web to share photos makes it easy for creeps to invade kids’ privacy, even if they aren’t in a high trust position.

Dr. Larry Nassar is currently serving 175 years in prison after pleading guilty to sexually assaulting 125 girls over the course of two decades. Most of his assaults occurred during sanctioned medical examinations, sometimes with the parents in close proximity. More than 250 accusers have since come forward, and we’ll likely never know the true depth of his crimes.

Olympic champion Simone Biles recently spoke out against Nassar. In a statement, Biles said: “I don’t want another young Olympic gymnast or any individual to experience the horror that I and hundreds of others have endured… To be clear, I blame Larry Nassar and I also blame an entire system that enabled and perpetrated his abuse.”

Biles recognizes that while Nassar himself sexually abused her, an organizational breakdown allowed his horrific crimes to occur. Parents must carefully review their children’s privacy and security in the way Biles suggests, because for every Larry Nassar, there are hundreds (or thousands) of creeps out there that peep on kids via the power of the internet.

Some parents may brush off the Nassar example, or similar crimes like the Penn State sex abuse scandal, which targeted teenage football players. But the fact is, every child in America is at risk to become the target of a pedophile or sexual predator, because our schools, sports clubs, and organizations have made it extremely easy for such predators to access pictures of our children. As disgusting as it is to even consider, when pictures of our children are loaded into galleries that are freely browsable—or worse yet—on social media platforms, they become objects of lust for pedophiles and predators that live in the same town, across the country, or even on the other side of the world.

When children are involved in sports like volleyball, wrestling, or swimming, public galleries of pictures that should be shared with family and friends are instead turned into a pedophile’s playground. This problem is most acute in the world of gymnastics, still reeling in the aftermath of the Nassar scandal. In the past, and unfortunately to this day for many organizations, the only thing standing between pictures of our children and the creeps is a link to a publicly available photo gallery.

Unsurprisingly, these links are traded amongst communities of like minded sickos. This is unacceptable because our children—indeed all children—deserve a higher level of safety and privacy. Luckily, the answer to this dilemma already exists and is in use by hundreds of thousands educators, coaches, administrators, and parents interested in protecting the privacy of students, athletes, and all minors.

Waldo Photos launched its platform with the goal of addressing the privacy crisis children face today while also delivering more value to families who treasure their captured moments. The Waldo team recognizes that the proper application of technology, including AI-driven facial recognition, can increase the security of our children’s pictures, making it easier than ever before for parents (and the other important people in a child’s life) to discover the pictures relevant to them, and improve the efficiency and workflow of photographers who capture memories that last a lifetime, without either party being faced with the false choice of a publicly accessible gallery or one accessible via a flimsy passcode.

Waldo Photos’ approach to security begins with a simple question: “Why is it far easier for a stranger to access images of our children than to access our bank account?” Our children deserve the same level of security as our bank, if not more. That’s why with Waldo Photos, users must prove their identity before accessing pictures of anyone.

By verifying a user’s identity by requiring both their phone number and a selfie of the child, Waldo ensures that only the right people access images of children on the platform. After authentication and opt-in to the company’s facial recognition system, parents no longer need to spend time searching through page after page of photos. Instead, images of their children are automatically sent to their mobile device for review.

As Waldo Photos CEO Rodney Rice explains in a recent interview with School Photographers of America: “Schools, sports competitions, and every other event for children generate highly sensitive images; images that people with no business looking at them desire to view and save. These organizations are turning to Waldo because we provide the level of security to make everyone involved feel safe and protected. We deliver the right images to the right people without the shotgun approach of other platforms.”

Waldo’s tech is as flexible as it is powerful. Children’s photos can be protected not only for sports or club activities, but also for yearbooks and the candid photos taken in thousands of schools around the country daily. Beyond ensuring that photos are only viewed by their intended audience, Waldo Photos has a built-in Do Not Publish technology, which ensures the organization follows the wishes of parents who want pictures of their kids kept off the web. This is an important security tool for schools that every district CTO, security or compliance officer should take notice of as they look to do a better job securing the content captured on their grounds and fulfilling their legal obligations surrounding protected students.

To learn more about how Waldo Photos can improve the safety and security of the students or athletes you photograph, contact Waldo today and discover how technology can provide the peace of mind your families are seeking, while also delivering their memories with the convenience they expect in today’s digital world.